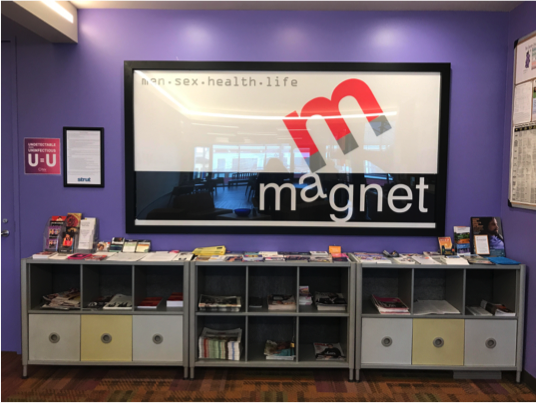 The LGBTQ+ Movement is Not Just About Sexuality

Our first week of MED Program at Stanford is over. In the first week, we learned about various aspects of LGBTQ+, which is an acronym for Lesbian, Gay, Bisexual, Trans, Queer, and others, through several activities and visit.

First, one of the program fellows gave us a presentation on the topic, and we reviewed definition for LGBTQ+ related vocabularies and discussed about cultural, generational differences in views on the community, which still can be negative in many parts of the world, related issues especially with health, and recent news related to the topic such as the horrible Orlando shooting from this year. I get very frustrated and disturbed when such tragic things happen, especially if they were a hate crime. Each individual should have the right to decide his/her/their identity, and I think it is very disturbing to know that many of the LGBTQ+ community members became victims of social injustice. Even if you decided not to support the community, you can never cause harm. Opposing, and in addition, trying to change the person’s opinions, is a strong action, especially for sensitive topics like this. It is very important to accept and respect just the way the person has decided to be.

To look at how and what kind of care is offered to the LGBTQ+ community, we visited Strut Clinic located on the Castro Street, which became one of the first gay neighborhoods in the United States and remains as one of the most prominent symbols of the LGBTQ+ movements. Strut Clinic a new clinic for health and wellness from San Francisco AIDS Foundation, which is run by nurse practitioners (NPs)/nurses. It is where gay, bi, and trans men / MSM, or men having sex with men, can find resources and total support to manage physical, emotional, and social aspects of health. They focus on reducing the prevalence of STDs among MSM, providing effective testing and medical care, providing support towards well-being of each individual of the community, and building a safe, sustainable community. They build such community by, for example, exhibiting artworks, hosting monthly community events, at which people in the community can casually stop by and get necessary resources if needed, putting on uplifting music, and making the place colorful and cozy. Strut Clinic and their medical services are well-supported by the government and local donations. I was impressed by their creative, flexible, and sustainable ways to build a safe community as well as an effective clinic, which can test, give diagnosis, treat patients, and follow-up with them. It was amazing to see a local clinic run by nurses and having the methods and resources to treat. I like it how they are patient-centered and accessible.

Finally, we watched the movie “Milk”(2008). It is about the story of Harvey Milk, and his struggles as an American gay activist who fought for gay rights. He became the first openly gay person to be elected to public office, as a member of the San Francisco Board of Supervisors. He led the gay rights movement which began on Castro St. His pain particularly from not being accepted or supported by majority of the community, of even the whole nation, and from seeing his loved ones either get killed or commit suicide because of social isolation and haters, was well-depicted in the film. It was a powerful, emotional film, because it showed humanity of each character. This makes me think the LGBTQ+ community and anti-LGBTQ+ community need to understand each other more and hopefully come to mutual understanding. The film helped us see their struggles more at a personal level as well as social, political, cultural and religious aspects of the movement.

Overall, through these activities and visit, I think I have gained better understanding, at least a part, of the LGBTQ+ community. And, I learned that learning about the LGBTQ+ not only helps us understand about gender and sexuality, but also helps us become more culturally competent and understand to look at social, cultural, religious, and many more aspects of one’s life in a community.