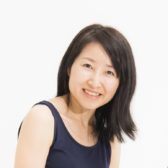 Aiko Takeuchi-Demirci, PhD, joined VIA’s American Culture & Society program at Stanford University in 2001. Her interest in cross-cultural learning and the US led her to return for a graduate degree and ultimately influenced the evolution of her PhD research. We contacted Dr. Takeuchi-Demirci to catch up, learn more about her journey after VIA, and how her experiences have influenced her work.

How did you first become involved with VIA?

I participated in the Todai-Stanford American Culture & Society program in 2001.

What inspired you to be a VIA program participant?

I was always determined to study in the US in the future. (I lived in North Carolina for some years as a child.) When I heard about the VIA program, I thought it was a perfect way for me to experience American college life before fully committing to a full-year or degree program.

Could you tell us a bit about your experience as a VIA program participant? 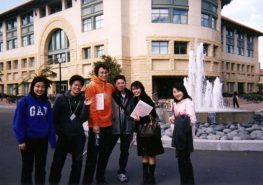 Aiko at Stanford as a VIA participant in 2001

It was a three-week program, in which we spent half of the time at Stanford, and half in San Francisco. We visited venture companies and non-profit organizations, and participated in volunteer activities. The most memorable moments for me were when we experienced campus life (sat in classes and participated in social activities) and engaged in heated discussions with the Stanford treat-fellows and Todai (Tokyo University) peers on various topics.

How did your experience change your perspective as well as influence your professional goals?

The experience really made me want to challenge myself and pursue a graduate degree in the US. It used to be a vague dream, but after the program I was convinced that this would be my future path. I also continued to keep in touch with Dwight Clark, VIA founder, who inspired me in so many ways and supported me through the graduate school application process as well.

You recently published the book entitled Contraceptive Diplomacy, which discusses the different ambitions of the US and Japan through the spread of the birth control movement. How did this project come about?

It was originally my dissertation project for my PhD degree. I was studying US-Japan relations, Asian American history, and women’s studies.

In your book, you include the narratives of Margaret Sanger, an iconic leader in the American birth control movement and her Japanese counterpart Ishimoto Shizue. Why did you choose to highlight these two individuals’ experiences? How did they provide insight to your book?

Margaret Sanger is well-known in the US, but her activism abroad is less known. Ishimoto Shizue is relatively unknown even in Japan. But when I read about their friendship and partnership in the birth control movement, I immediately became fascinated because I was interested in studying individuals who formed bridges across cultures, nations, or races. As I dug deeper into their work, I learned that the story was much more than birth control activism—as birth control was tied to various other issues such as gender norms, public health, population problems, racial fitness (eugenics), and even imperialism. In other words, the story of a transnational birth control movement was essentially the history of US-Japan relations during the turbulent decades before and after World War II.

For those who are unfamiliar with the term, can you provide a brief definition of contraceptive diplomacy?

To break it down, contraceptive=birth control, diplomacy=negotiations between nations. The book is about how two (and more) countries exchanged ideas and negotiated national interests involving the issue of birth control. Not only does it look into official diplomacy (by government officials and agencies), but it also highlights the roles of private citizens who strove to form mutual understanding and avoid conflicts when war between the US and Japan (and the world) seemed inevitable.

The discussion of gender equality and notion of reproductive agency can be considered controversial and are widely debated topics. How do you see your work contributing to this greater conversation?

We hear a lot about issues of reproductive control in the news, political debates, and policy discussions—such as regulations over abortion, insurance coverage for contraception, and women’s sexual autonomy (as we’ve seen recently in the #MeToo movement). My book covers a period almost a century ago, but a lot of the issues that appear in the book are still relevant today. Women’s reproductive issues are still connected to the matter of racial and national future, and, as a result, we see women’s bodies and rights being neglected and violated in both obvious and less obvious ways.

Many students who participate in VIA’s programs are from Japan and are interested in making a positive social impact as innovators and changemakers. The challenges of Japan’s aging population 高齢化 (koureika) and depopulation 過疎化 (kasoka) often emerge in discussions about possibilities for social innovation in Japan. How do you think the history of contraceptive diplomacy has affected this current state, if at all, and what are your hopes for the future?

The problems of an aging population and depopulation can both be attributed to the decreasing birth rates 少子化 (shoshika) in Japan. Some politicians and pundits blame this issue on the Eugenic Protection Law of 1948, which legalized abortion, sterilization, and birth control in face of overpopulation immediately after World War II. Japan was under Allied Occupation when the law passed, so some people even claim that this was an American conspiracy to reduce Japanese population so that it would not pose a threat to the world (like it did during WWII).  It’s true that many national leaders saw women’s reproduction as a tool for national prosperity and world hegemony. But this perspective tends to neglect the experience of women themselves. The (transnational/international) history of birth control shows women’s strong will and determination to control their own fertility. So, when they wished to have fewer (or no) children—whether because of their economic circumstances or their career—and the law allowed reproductive control, they took advantage of it. Current policies and social circumstances make it difficult for many women to have children, even if they wish to. If we truly care about creating a future where both men and women can better participate in production (labor force) and reproduction, we should seriously take into account the voices and experiences of women.

What’s next? Do you have any other projects or books in the works?

I am hoping to translate Contraceptive Diplomacy into Japanese. I really wish for the Japanese audience—not just the academics, but also the broader public—to know more about the history of reproductive politics because, as I’ve already discussed, it is relevant to many of the pressing issues that Japan is facing today. There are also some interesting topics, in the history of US-Japan relations, on which I did some research but could not include in my book. These could develop into another book project, although it may take another ten years or so for it to materialize…!

What advice would you give to young people who are joining VIA’s programs to become future leaders and changemakers?

Listen to other people’s opinion, but also believe in your own senses. As the characters who appear in my book had also shown, be brave, take chances, and create your own path when you truly believe in it, even if it goes against normal “expectations.” Only then can you make changes, innovations, and an impact in the world.

Thank you, Dr. Takeuchi-Demirci. We look forward to your next book!