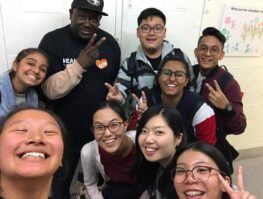 Six high school students from Hong Kong and 32 medical students from Japan, mainland China, and Taiwan participated in the Exploring Silicon Valley (ESV) program in July and Exploring Health Care (EHC) program in August, respectively. The high school students were here to learn about leadership and the medical school students, about various aspects of health care. While these two programs may seem unrelated, some of the goals and outcomes were similar. Both programs were designed to invite participants to adopt an active, brave, curious, and open-minded disposition; consider the perspectives of those who are marginalized in society (such as people living on the streets or LGBTQ communities); and to reflect on the kind of person (whether leader or physician) they want to become in the future. 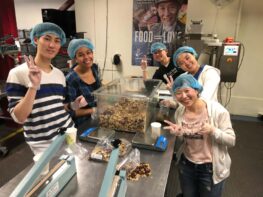 And both the high school students and medical students demonstrated shifts in perspectives, especially with respect to homelessness. In both programs, following a session I led on humanizing homelessness, the students participated in a volunteering service in San Francisco. Although some of the students were initially uneasy and scared, they began to see the people living on the streets not merely as homeless but as human beings with stories, and some of them managed to form genuine connections, albeit brief, during their service. And in both programs, participants left feeling more interested in learning about marginalized communities in their home countries and regions as well as connected to one another. This gives me hope about the future generation of leaders and physicians.