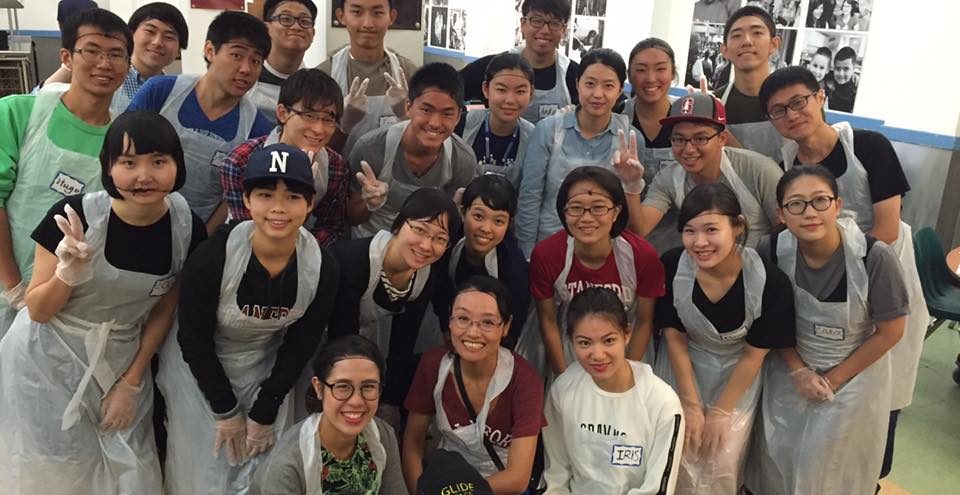 ALC kicked off its 40th(!) program at the beginning of August. Participants from Japan, South Korea, Taiwan, mainland China, Hong Kong, Macau, and Thailand are studying English and immersing themselves in the unique flavor of American culture in Silicon Valley, while also learning about each others’ cultures. The program has been very fast-paced, so we’re just now getting out a summary of Week 1. More to come soon! – Melissa Golden, ALC Co-Director

VIA’s American Language & Culture Program began last week, with a total of 2 directors, an assistant director, 11 coordinators, and 115 students from Asia. A lot can happen when you gather 130 people from around the world together for a cross-cultural program. Already, many friendships and memories have been made as the participants venture out on a new American adventure each day. Along the way, strangers have become close friends — bonded by this rare amazing situation.

After training week, coordinators drove to the airport holding welcome signs and carrying snacks and water for the arriving students. It was a surreal experience: finally being able to meet the students whose applications we had read just days before to prepare for their arrival. Once we gathered a sufficient amount of people, we played many icebreaker games to reenergize the jet-lagged and tired participants. They were genuinely enjoying themselves, which eased our worries and angst.

As everyone settled into campus life, we became more familiar with one another through other planned activities, such as sharing life maps and going on a campus-wide scavenger hunt with coordinator groups. Friendships continued to be strengthened through spontaneous moments as well, including playing volleyball out in the field and having late night, heart-to-hearts during study hours.

On Saturday, everybody journeyed to San Francisco. Although it was a busy day, we were all happy to share parts of the city, as well as ourselves, with the participants throughout the day. Because participants were split into coordinator groups and most coordinators paired up and planned different routes, each group tour was unique. Some of the landmarks we visited were Pier 39, Fisherman’s Wharf, Ghirardelli Square, Japantown, and Union Square.