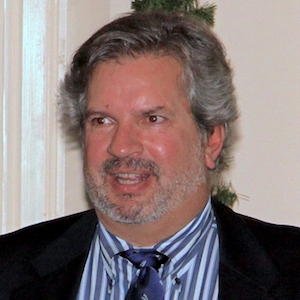 Michael (Taiwan 1978) continued his Chinese language study through his graduation from Stanford with an International Relations degree focusing on East Asia in 1981. After graduating from law school, he worked in several firms and companies before settling at Intel Corporation where, as Director of External Legal Affairs he often drew heavily on his intercultural experiences through VIA to help enhance many interactions with Asian and other non-US companies and trade organizations. He looks to his VIA service as pivotal in forming who he is today, and retains a strong affection for Chinese culture. It must be added that he enjoys startling waiters by ordering in Chinese at local restaurants. Michael is active in long-distance ocean racing and various charitable and political activities. He joined the VIA Board in 2013.