Resilience, Creativity, and Community in Tohoku

Since 2015, VIA has collaborated with Stanford University’s Haas Center for Public Service and Rikkyo University to bring US and Japanese university students to Rikuzentakata. This community is located in the Tohoku region of Japan, and was devastated by the massive earthquake and tsunami in 2011. During the program, students learn directly from community members about the unique challenges of reconstruction after such an unprecedented disaster. The students work in teams to apply human-centered design techniques to explore solutions for ongoing challenges. Each year, students are touched by the incredible resilience of this community and others in the region that are still working hard to not just rebuild, but thrive. Here we share some of their reflections: 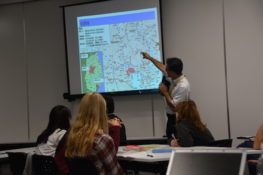 If there were a college application for the city of Rikuzentakata, with that annoyingly sugar-coated question of “What’s oneword that describes you?”, I would have to answer with the word resilience. Whether it be from the tenacity of the people to reconstruct their city, to the chilling stories of disaster heard from local residents, to the endless positivity with which they pursue their dream of an inclusive residence, resilience is felt in all nooks and crannies of this town.

One of my first thoughts of the morning was just how beautiful this place is. Situated in the northern Japanese prefecture of Iwate, Rikuzentakata is ringed by mountains and flanked by the sea. In this midst of this rainy season, clouds float close to the mountains’ tree-lined surface, rising up like the dreams of these people that, unlike their city, never seem to get washed away. As our bus makes its way to the community center for another day of stories, field visits, and diligent note-taking, I reflect on the resilience of these people, and especially their willingness to create something unique with the tragedy-turned-opportunity of the rebuilding process. In one of the first lectures, we heard of the city’s goal of “normalization” – to create an all-inclusive city where everybody’s rights are respected.

Today’s lecture consisted of a member of the Office of Agriculture, who opened our minds to the proud products of 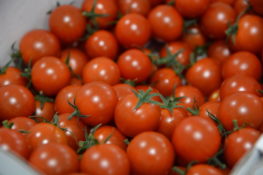 Rikuzentakata, including a specific brand of rice as well as oysters. He passed around a bucket of the most delicious, juicy cherry tomatoes and the best apple I have ever tasted. When visitors start making the trek to Rikuzentakata, they surely won’t be disappointed by the food.

Continuing on the trend of delectable cuisine, lunch brought us to a restaurant called WaiWai, where various students dined on noodles, fish, and other traditional Japanese dishes. After lunch, we heard the story of the restaurant’s owner and his quest to rebuild his business after the sea swallowed it whole. The theme of home and tradition has permeated this entire trip, and I was surprised by the, again resilience, of the people to continue things in their home city, rather than just pack up and relocate to an area that’s a bit less earthquake/tsunami-prone. If I were in the same situation, I probably would have packed my bags in an instant. To me, this says a lot more about the culture of the people here than any display of ceremony.

How exactly would you react if you see a 15 meter wall of water coming toward you? In the moment after realizing that no 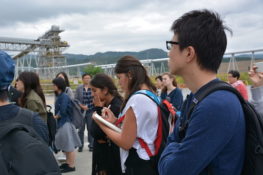 matter how fast you turn and run, the water will catch up to you, what would you feel? Is it simply fear? Or is it something so intense that one those who had experienced it first-hand could understand? How helpless and small must you feel in the world after witnessing the sheer power rampant on earth?

I have to admit that I have no idea. The closest first-hand experience I had to this kind of disaster is being dumped into the Wenatchee River in Washington and needing to ride out the next ½ mile of rapids. Obviously this isn’t a comparable experience but it is all I have right now to give me some perspective. We spent the day learning about the disaster and our mission. After this orientation our groups rallied around different focal points. One team brainstormed ways to make the city of Rikuzentakata more attractive. Another team set out to gather inspiring stories and tales to share from the people of Rikuzentakata. And the third team explored methods to make the story of and visits to Rikuzentakata more memorable.

Final Morning in Rikuzentakata
by Emma

On our final morning in Rikuzentakata everyone was putting the final touches on their presentations for the mayor. After 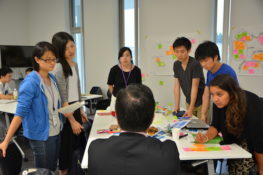 working late into the night to create the presentations, the topics only finalized that afternoon, the final presentation was less than an hour away. In the frenzy of final preparations, it finally dawned on me that my time in Rikuzentakata was coming to a close. That morning we enthusiastically presented our ideas to the Mayor, and afterwards we received feedback from him. According to him, this was the first time concrete ideas had been presented to the city, and he was excited to work on implementing them.

Next, during a question and answer session with the Mayor Toba, we heard more about the city’s current projects. I was particularly impressed by the inclusion of youth ideas into the city’s reconstruction. Mayor Toba explained that he didn’t want the youth to grow up while the city is being reconstructed, and at some point see a rebuilt city and realize it is not the city that they wanted, and no longer a place they want to live. After the presentations I was overwhelmed by the strength of the community and couldn’t have been more pleased with the time I had spent there. I learned so many lessons, from tsunami evacuation procedures to the importance of family and community in times of disaster.

As our bus pulled away from Rikuzentakata, a restaurant owner whose restaurant we ate lunch at, ran alongside us, waving as we drove away. Moments like these really made me feel the warmth and kindness of the people of Rikuzentakata. I hope someday I can return and see the progress the city has made. 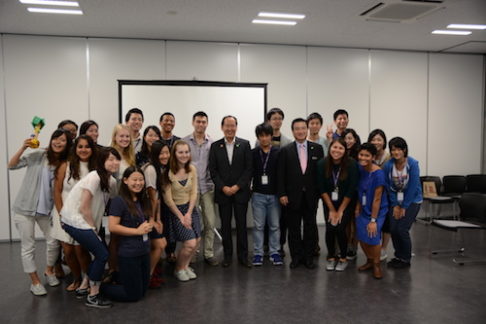